how imperative emotional intelligence and personality is in achieving success, 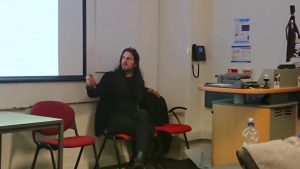 Research by Eby, Adam, Russell & Gaby, (2000) demonstrated how imperative emotional intelligence and personality is in achieving success, significantly stating how people adapt to the environment, and obtain goals.

Salovey & Mayer, (1990) who first introduced the concept of EI in 1990, define EI as how people express emotion, regulate, and adapt the utilisation of emotions within application to tasks and problem solving, and suggest EI can be improved. Unlike personality traits that are fixed, if someone is neurotic at 15 years of age they are likely to be neurotic at 50.

Although  it is important to note different researchers describe emotional intelligence in different ways for example Goleman (2000) describes EI as self-awareness and perception of others, Martinez & Alda, (2005) defines EI as an extraction of non-cognitive skills and one’s ability to deal with external pressure. Emotional Intelligence like personality Traits can be difficult to define as they are an abstract concept, although Emotional intelligence is comparatively new, and does not have the scientific research base  as the FFM.

Research by Williams, Myerson, & Hale (2008) suggests a person’s ability to process information has a correlation with behaviour, which affirms that individual differences play a role in an individual’s behaviour, although what is not clear is the correlation, context, consistency.

Carmeli, A. (2003). The relationship between emotional intelligence and work attitudes, behaviour and outcomes: An examination among senior managers. Journal of Managerial Psychology, 18, (8): 788-813