The Function of Emotions and DBT 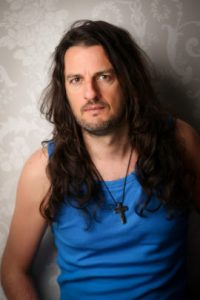 Only by appreciating the function of emotions, how to recognize and interpret them, and understanding what their effect is on others, can we begin to work on changing them. As such, one of the key steps in DBT is to educate clients on what it is that their emotions are trying to achieve and how to appraise it. Emotions are unique to the human experience and have developed through evolution to fulfill three primary functions, namely (1) to communicate to and influence others, (2) to organize and motivate action, and (3) to self-validate experiences.

Emotions communicate to and influence others. According to communication expert, Professor Albert Mehrabian famously argued that verbal content of our communication comprises only 7% of how the message is interpreted. Non-verbal components make up 93% of the meaning, of which body language (55%) and tone of voice (38%) most influences the listener’s understanding. This means that people respond more to facial expressions, voice modulation, and other visible signs than to the actual words being spoken. But, for a message to be construed genuine, the three parts have to be consistent. If there are some conflicts or inconsistencies, as often happen with people who have difficulty expressing emotions, confusion or mistrust can arise. By being able to express appropriate emotions, supportive responses are elicited from others, which may be sympathy, reassurance, encouragement, happiness, or love. They are able to read the speaker’s intentions and react accordingly. Such a consistent demonstration of emotions also cultivate trust and confidence, which are helpful if a person wants to influence others to take the desired

Emotions organize and motivate action. On the inside, emotions cause an imbalance, which is experienced as positive or negative. The intrinsic goal of positive emotions to urge is to repeat the associated behavior and, therefore, the pleasant sensations that came with it. Similarly, negative emotions are distressing and unpleasant, something that we would like to do something about or avoid in the future. Emotions are often generated outside of our conscious awareness and cause an instinctive reaction to spare us an unwanted experience. Fear is a good example. It prompts us to act to escape the perceived danger. Distrust makes us wary or another person’s intentions and that they may wish to do us harm. Jealousy compels us to do better or to take action to protect what we believe belongs to us. The problem is that emotions can also be based on illogical or inaccurate assumptions, thereby causing us to behave inappropriately, causing us harm that we wanted to avoid in the first place. Similarly, feelings of anger, guilt, and anxiety urge us to respond to remove the object of our discomfort so that we can return to normal. So, although emotions have a rational and useful function, they can also be inappropriate and unnecessary sometimes. The skill addressed in DBT is to be able to discriminate between helpful/valid and unhelpful/illogical emotions.

Emotions self-validate experiences. Emotions give us information about a situation or event by signaling what we think is going on and what it means. This happens at different levels of awareness. Sometimes it is instinctive, and we are not sure what caused it or whether it is justified. But, whichever the case, we tend to believe that feelings are correct and that they constitute facts. As such, our emotions are mostly valid, that is, there are some truth that underlies it, it doesn’t constitute a fact as they are still dependent on our subjective interpretation. Depending on our emotions, we also tend to infer certain conclusions. For example, when feeling insecure and inferior, we often believe that we are timid and unimportant. And, when it becomes a regular feeling, it becomes a fixed belief that is difficult to shake. Therefore, what we feel, often shape our evaluation of ourselves, others, our environment, and our If our emotional needs are not met, or our emotions minimized or invalidated, especially from a young age, our negative perceptions of ourselves are reinforced. As a result, we act negatively and is likely to receive negative responses, which self-validates our beliefs, causing a defeatist cycle. Teaching clients to be pragmatic can reverse such a cycle, which is one of DBT’s objectives.

Understanding the function of emotions and recognizing that they are not always valid and helpful is the first step to being motivated to change. Emotions do not define who we are and our value in life. They are only imperfect guides to help us make sense of what we think is happening to us.